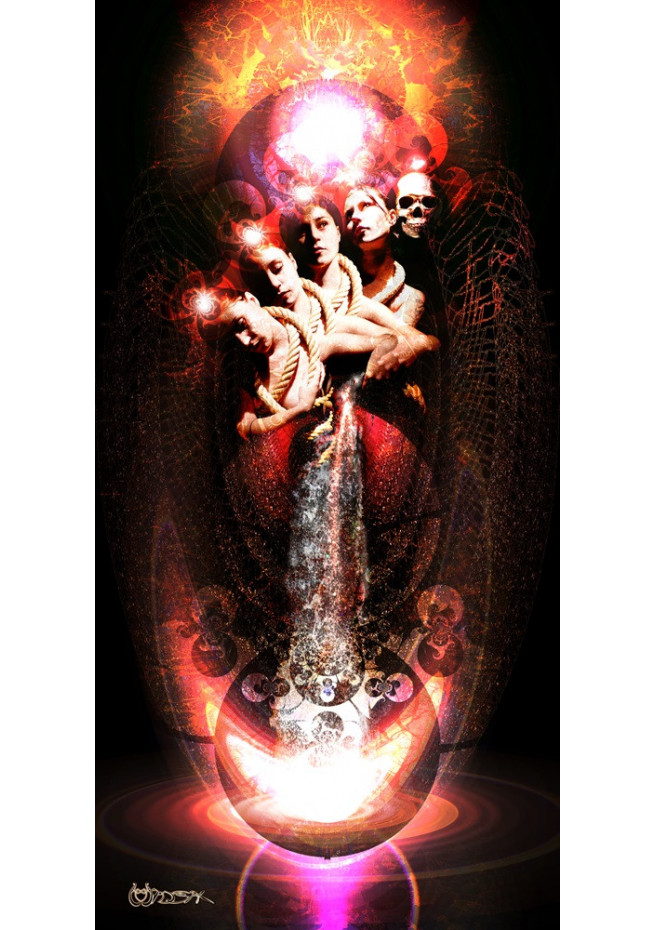 Hurried to Tartarus after their judgement, the 50 sisters, in order to atone for their murders, were condemned to have to fill a bottomless jar for all eternity. Like the original sin, they pay for eternity for the committed error. Beyond the Greek tragedy from which they came, it is the philosophical and universal aspect of the seal Envy/Desire that is at stake, where envy proceeds from emptiness, while desire proceeds from fullness! One is collapse while the other is bursting out. Treated here in the stellar mode of a solar gush immediately engulfed in the gaping hole of a black hole! Unbeknownst to them, they replay in each of them the trilogy of the Weaving Faces of the thread of human life, broken at its end by the implacable blade of Atropos and recovered by Clotos to create a new strand! The cycle generated again, the astral Ouroboros as a solution to the Ying/Yang duality.

9 other works by the same photographer