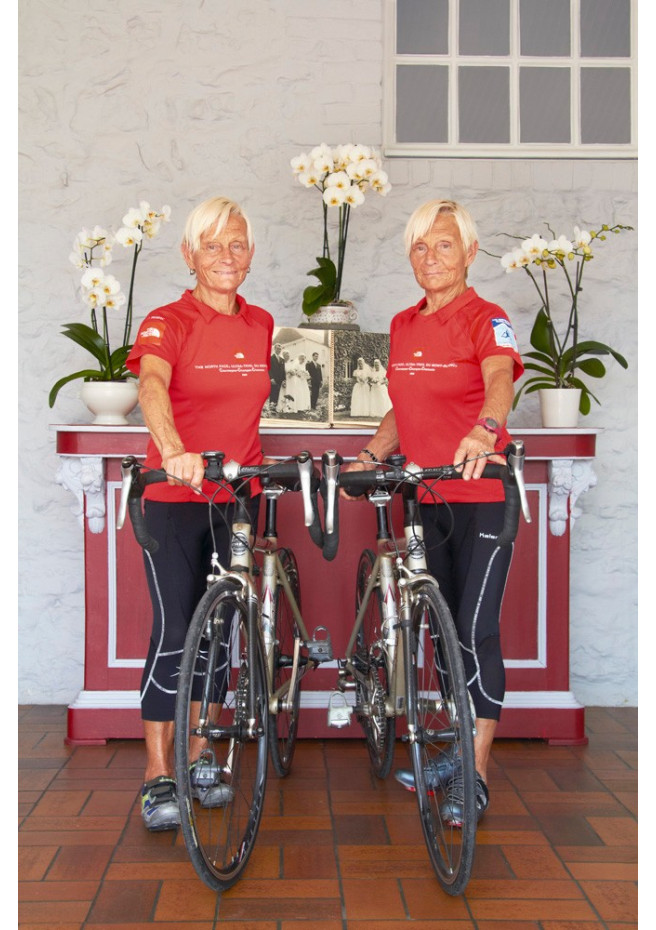 They are 73 years old. At the age of 40, they started triathlon. They encourage each other, and they have become French and European champions (1st and 2nd) several times. They met their husbands in the same place, at the same time, and the four of them got married together. Moreover, they each have two boys and two girls, but they gave birth to their first baby almost at the same time, 40 hours apart. Since their double wedding, of which this year is the 50th anniversary, the four of them still live with their husbands together. They think they are happy to have met husbands who accept this situation. They have never been separated in life.

11 other works by the same photographer