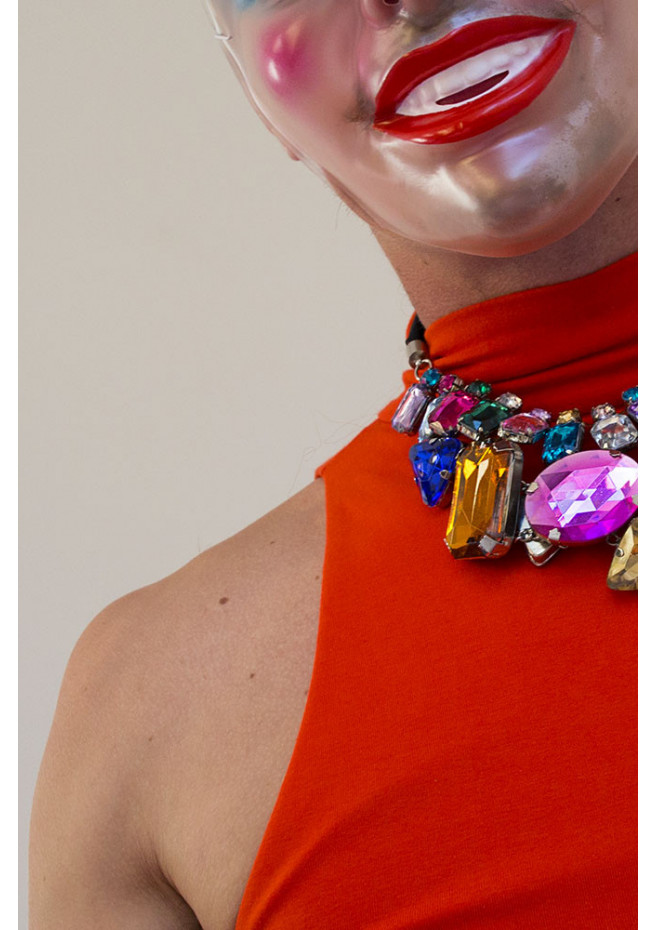 The fragmentation of the body used by the framing in this picture generates a parallel with the fragmentation of identity which can exist in an individual who wishes to escape from the genre into which he was born. The choice of cutting the image at the face level puts forward the idea that recognition of a genre or gender is not what matters, but more importantly, the way in which one chooses to present themselves. The mask acts as a double personality, it shows and hides at the same time free indicators of interpretation.

15 other works by the same photographer