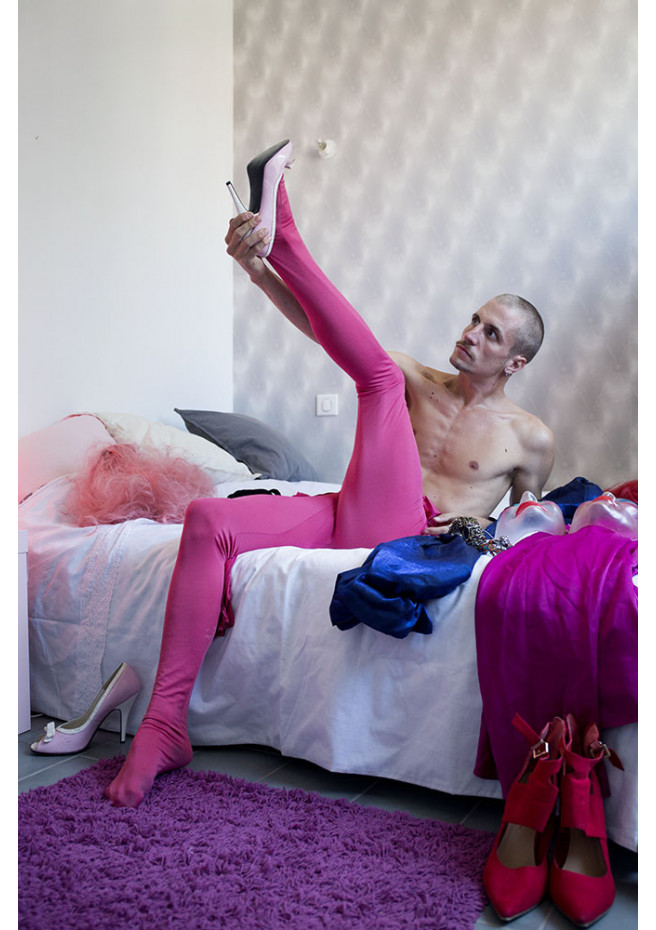 The ambiguity of the context in which the person finds himself refers to an undefined genre which relies on a «back and forth» between masculin and feminine, but without making a definitive choice, which leads us progressively towards a certain neutrality. The image tries to focus on the new contours of these neutral bodies which are formed and distorted in front of the lens. The title «Transition» refers evidently to the state of «passage» which these bodies borrow daily.

15 other works by the same photographer